Mathew Jacob (Joy), 64, Angamally (Elder, Dubai Brethren Assembly) went to be with the Lord on April 6th at 10:42 am at the Sh. Rashid Hospital, Dubai. 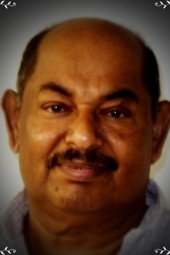 He collapsed on the stage, while speaking in an assembly gathering on Friday 29th March and was rushed to the nearby hospital and became unconscious and was on ventilator since then. He had 2 major heart attacks yesterday, while on the ventilator and it please the Lord to call him home.

The body will be taken from Dubai on Tuesday, April 9, to Angamally and the funeral service will be held on Wednesday, April 10, at 10.00 AM at Angamally Brethren Assembly (west), near railway station.

He is the son of late Mr. V.T. Jacob and grandson of late Mr. C. T Mathai, Valakom. He was in fellowship with the Believers' Brethren Assembly (Majlis), Bahrain from 1973 to 1991 and moved to Dubai.