Legacy of Bro. U M Dorairaj 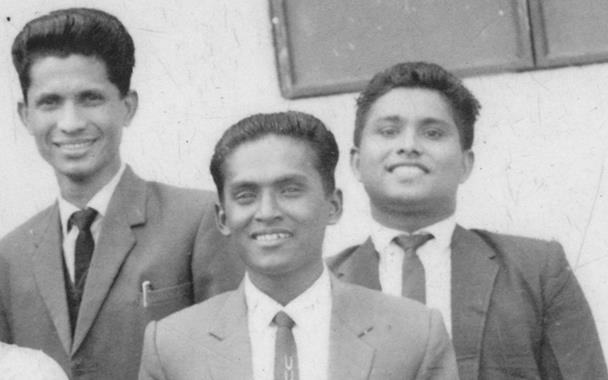 "The First Brethren Martyr: The Legacy Of UM Dorairaj"

UM Dorairaj is the first Brethren assembly martyr in India, but very few people have heard about him. That is because he lived, ministered, and died in a generation when books, newspapers, and cameras were not common in India. Thus people in that generation wrote very little about him. However, I still remember the whole history vividly because he was my first Sunday-school teacher.

UM Dorairaj was a first-generation Christian, and a class-fellow of evangelist Philip Abraham (my father) at Hindustan Bible Institute, Chennai. Many of the HBI students used to go to the assembly at Triplicane and Dorairaj and my father were among them. Thus at Triplicane he became my Sunday School teacher. He had a special love for children, and also had the gift of communication and thus the stories he taught are still vivid in my mind.

After his graduation from HBI, Chennai, he served the Lord with the Triplicane assembly for close to two years. During that time the Lord made it clear to him that he was needed in North India. He then decided upon Alwar -- an untouched field -- in Rajasthan as his future field of ministry. Being a Tamilian who had never set out to North India, he did not know the Hindi language and therefore he went to Gwalior in MP first.

In 1960 he reached Gwalior in MP and stayed with evangelist Philip Abraham for several months to accustom himself to the language and culture of North India. From there he moved to Kota in Rajasthan for the same purpose. Having now become reasonably accustomed to North India, he moved to Alwar in Rajasthan and started operating from a rented house. He used to distribute tracts and sell gospels on a regular basis, as was the custom of all evangelists at that time who had an HBI background. He was a man devoted evangelism and also man of prayer, and used to spend considerable time in prayers.

Alwar at that time was known for its anti Christian population, and it was not easy for a nearly-quiet south Indian to continually minister in this place. Yet he persisted in his work. As is the desire of any worker for the gospel, he wanted to see many coming to the Lord. While such results were seen quickly in South Indian in his generation, the North was different and no visible fruits were seen for some years. This often made him sad, and he did mention this to many of his co-workers, but he kept peaching the gospel faithfully.

Report came soon after that brother Dorairaj has been missing from his room for some days. Evangelists Philip Abraham, MA Thomas and KC John rushed to the spot and found that except for his sandals, everything he possessed was still there in his room. This ruled out the possibility that he had gone out in a planned manner because whenever he went out he used to take his shoulder-bag and Bible with him. This also made it clear that he was somehow rushed out of the house in his household clothes by one or more persons who persuaded him on one pretext or other to go away with them without even a change of clothes. Since there were no marks of struggle in the room, it was clear that someone with whom he became acquainted during his gospel ministries had come to his room to take him away -- perhaps in an automobile so that he could not jump out even if he sensed danger.

After much search by these three brothers, many local contacts, and the Police, no lead could be detected that could lead to him dead or alive. Based upon circumstantial evidence these brethren had to conclude that brother Dorairaj was no longer alive and that his enemies had disposed him off in such a manner that even the Police could not get a lead. Thus he became the first to die from the assemblies for gospel-preaching as a Martyr. This news sent chills down the spine of believers in North India, but brother TJ Joseph who as already there in Rajasthan boldly decided that the task of evangelization of Alwar cannot be left incomplete. He announced his decision to move to Alwar to continue the ministry. Valsamma, a Senior Nurse, decided to become his wife to join in this dangerous ministry. I still remember how terrified everyone was at their decision to take up Alwar as their mission field.

Five decades from thence today there is a powerful assembly testimony, English Medium School, a Bible School, and numerous other ministries in Alwar, spearheaded by brother TJ Joseph. The martyrdom of Dorairaj did not go in vain.

(Photograph L to R: Philip Abraham, UM Dorairaj, KS George. All of them studied Hindi at Delhi Bible Institute around 1968)"